Ten years ago today, I died.

That’s not quite true.

Ten years ago today, I was scheduled to die. Working secretly, my immune system targeted and destroyed the outer layers of my adrenal glands, almost wiping me out by friendly fire. Luckily, I live in the 21st century. The Emergency doctor at Hairmyres Hospital recognised the rare endocrine condition that was killing me.

Until the middle of the 20th century, a diagnosis of Primary Adrenal Insufficiency (Addison’s Disease) was a death sentence. President J F Kennedy was one of the first to survive it. He was one of the first to take daily pills that replicate the actions of those adrenal gland outer layers, controlling blood pressure and blood sugar, balancing minerals like potassium and sodium, and helping the body respond to stressors. If ever I feel a bit low, physically, I tell myself JFK could run a country, so I can get out of bed.

It’s weird, being a few pills away from lying in your coffin. It takes a bit of adjustment, not just physically, but psychologically. In the beginning, experimentation to find the right daily dose had me mood-swinging from manic to suicidal. I had an image of myself as Frankenstein’s monster, the hydrocortisone pills like the electricity bolt surging through my corpse and re-animating it. It doesn’t help that a side-effect of taking steroids means I suffer chronic fungal infections on my thinning facial skin. Most of the time, though, my life is good. And well worth living.

Ten years. I’ve filled that ten years with a lifetime of experiences. I haven’t climbed Everest or bungee jumped; I’ve not yet taken gliding lessons or trekked the Gobi Desert. But I’ve had ten beautiful years to see my family mature into adulthood. I’ve welcomed grandchildren. I’ve enjoyed the closest bond ever with the man I love. And I have managed to fit in a few adventures. Exploring Mexico City and New York. A road trip from Austria across Europe following the route home taken by my uncle and fellow soldiers after the Second World War. At age sixty, I even walked the sixty-two miles of the St Cuthbert’s Way from Melrose in the Scottish Borders to Lindisfarne off England’s N.E. coast, revelling in being able to do it; revelling in being out there in good company, in all weathers, in nature. 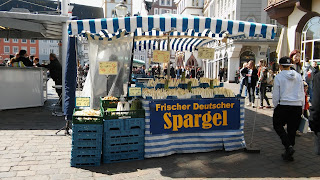 When I was diagnosed, there were no books I could read to sate my hunger for information about the condition. Thankfully, there was the Addison’s Disease Self-Help Group – a small charity run by dedicated volunteers, many of them ‘sufferers’. I’m a writer, though, and a reader, and I needed more. I contacted fellow Addisonians through social media and went on to collate and publish an ebook of personal accounts, subsequently being interviewed on BBC World Service about it. Second Chances, I called it. Far from original, but second chances it was, for all of us.

In the ten years since my diagnosis, life / fate / God / the universe has dealt out unexpected lethal blows to several friends and companions, long before their time. Breast cancer, brain tumours – these give little time to take stock and savour the life we’re living. Heart attack and brain clots robbed three friends with no warning, their loved one inexplicably in their arms one day and a cold void there the next. There’s no logic to it. No fairness. No resolution. It could have been me, that morning, ten years ago, and yet two little pills a day mean I’m still here, still welcoming each new day, still passionate to meet each season. 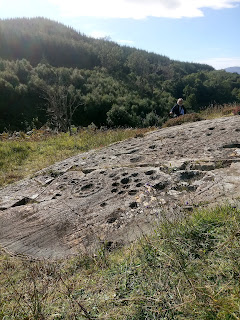 No one can predict the future. In my mid-thirties, when I was worn out from looking after unplanned twins (and two older children) after a very difficult pregnancy, I plea-bargained with the universe, swearing I’d do my utmost to love and nurture these children, but please could it release me from living once they reached independence. Is that when my auto-immune system turned against me? They were eighteen and living away from home at university when I ‘died’.

I plea-bargained again, then, newly diagnosed with Addison’s Disease. Please give me ten years. Ten more years! And it did, with two little daily pills.

A couple of months ago, I had an adrenal crisis. A gluten free brownie I thoroughly enjoyed turned out not to be gluten free after all, and within hours I was dying (again!) on the bathroom floor. My husband paced the flat in his panic, reading and re-reading my emergency injection’s instructions, while I wailed feebly, repeatedly, ‘Just give me my jag!’ Once he’d taken a deep breath and it was done, I lay there, gradually feeling the energy returning to me, and brooded on that ‘just another ten years’ I’d wished for, and whether my time might really be up. Did I escape, once again, the day of reckoning? 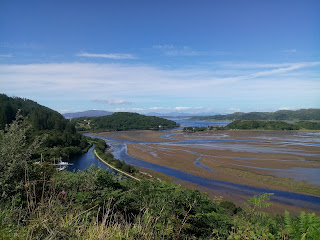 Now the robust, orderly social system we have around us is staggering under the strain of the covid-19 pandemic, bringing home to all of us how insecure life really is, in a way we have been inconscient of for decades. Do we all plead for another ten years? Or twenty? Or leave it in the lap of the gods?

Outside my house, the gardens are clad in the colours of autumn. Last week, I walked through woodlands with my oldest daughter and grandkids and talked on Skype with my other children. This morning, a buzzard, high in the sky, appeared serene despite being dive-bombed by crows, and a squirrel ran along my window-ledge. My cupboards are full, there’s chocolate in the fridge, and there’s even an unopened bottle of single malt to savour, now the nights are drawing in. This very moment, the pavements are coppery with leaves and the rain has stopped.