Over the last three months, I’ve been writing weekly book reviews on this blog and sharing them on social media. Now spring's here, today’s post takes a final walk through the project.

My experience of lockdown started in October, when a rule change meant we were to stay local. My family is scattered across five local authority areas, so this meant no contact apart from through the godsend that is telecommunications. (Thank you, Skype and Whatsapp!)

Normal routines were cancelled. No babysitting, no gym, no Fitsteps, no Ramblers. Just empty days. I needed a project. First, I dug out all my leftover wool. Over the next two months I crocheted two very simple round blankets (andblogged about it). But two blankets were enough!

I’ve always been involved with books and writing. My first career was as a librarian, during which time I regularly wrote book reviews for the local paper. Years later, after I’d left my library days behind and had established myself as a writer and creative writing teacher, I wrote reviews for London-based UK reading charity Booktrust and for the Inverness-based literary magazine Northwords Now. I was part of the people’s reading panel and jury for the first and second Guardian First Book Award competitions. The Glasgow panel met in Borders Book Shop. We read and discussed the six short-listed books, then had a jolly to London for the award ceremony. In 1999, the winner was Philip Gourevitch’s We Wish To Inform You That Tomorrow We Will Be Killed With Our Families, about the conflict in Rwanda. In 2000, Zadie Smith’s novel White Teeth won the prize https://www.theguardian.com/books/2016/apr/07/guardian-first-book-award-all-the-winners

In autumn 2020, I was a volunteer reader for the Highland Book Prize, the winner of which will be announced at the Ullapool Book Festival in May. Here’s the shortlist http://www.highlandbookprize.org.uk/2020-shortlist/

So, with my ongoing interest in books and reviewing, what better occupation through the cold and dark of winter than reading books and blogging about them? But what books would I review?

What Books To Review?

I’m what’s called a ‘hybrid’ author. I co-wrote Eileen Munro’s memoir As I Lay Me Down To Sleep, which was published in 2008 and became a Scottish bestseller. The ebook version still sells over a thousand copies a year. https://www.penguin.co.uk/authors/1060956/carol-mckay.html My short fiction and poetry are widely published and have won awards, but despite this, I haven’t found publishers for my novels. This is a cause of enormous frustration. And life is short. So I decided to self-publish my novel Incunabulum, which is set in Scotland in the aftermath of a cataclysmic pandemic. My husband Keith (He Who Is Tech-savvy) published it for me through his imprint PotHole Press. It was well received and had generous reviews, including this one on Northwords Now and subsequently one by Gillean Somerville-Arjat in her column in the Scottish Review.

There can be many reasons why people go down the self-publishing route. It’s gruelling, approaching agent after agent, or publisher after publisher, waiting months for a response that may never arrive. And if an agent says no, does it mean the book is no good, or just not to their taste? Or not what they think the market is looking for at this moment? Professional publishers have to make a living, and so do agents, so if they think your book won’t sell enough copies, they won’t invest their time and money in it. Obviously. It doesn’t mean your book is badly written. Just not sufficiently commercial. Or not transformative or ground-breaking enough to win prizes, which of course would make the book commercially successful.

Some writers decide from the outset to self-publish. They go into the process with their eyes open, seeing their work as a commercial brand and cutting out the middle people. And some just want to document their life experience and leave their writing as a legacy for their children, thereby also making their individual contribution to human culture.

Self-publishing – ‘privately printed’ – has a long tradition. Beatrix Potter, Ezra Pound, WH Auden all did it, and others were like Robert Burns. He couldn't afford to pay the costs, so his Kilmarnock edition of Poems Chiefly in the Scots Dialect was privately printed thanks to 18th century version of crowdfunding (‘subscription’). https://www.electricscotland.com/familytree/frank/burns_lives152.htm

One problem with self-publishing is visibility. It’s hard to bring your work to the attention of readers when you don’t have a team behind you. So I decided to focus my lockdown book blog on works that were self-published. I posted on Facebook and soon had a dozen authors getting in touch. They’d give me a copy of their book and in return I would do a blog post which we could share. With there being twelve (plus me), there could be a snowball effect in terms of promotion. It’s said you have to see something seven times before it pierces your consciousness enough for you to truly notice it. The more we could bring the books to people’s attention the better. Without irritating them! I did have another few people approach me to review their books, but I really couldn’t fit any more in. So, we were all set! Twelve authors – twelve weeks.

So How Did It Go?

The entire project has been really worthwhile – for me, at least! I hope so for the authors, too. Sales may not have rocketed, but each week my blog had an average of 80 – 85 hits. That’s people clicking through via links on social media to read the blog post. I counted that average after removing the two big hitters – one of which reached 250. That result came about because the author played a major part of a big, new writers' group on social media, she reckoned.

Seeing other authors' techniques in marketing was truly interesting. I didn't apply myself sufficiently to learn Canva (for promotional graphics) and I didn't master hashtags, though I recommend both. But I did investigate them (for next time?) and I did find out about the existence of a self-publishing and marketing platform called Blurb. Above all, from this small sample, I discovered that sometimes it matters if you network a lot, but sometimes it doesn't matter a jot. What seems most effective is having depth of contact with individuals, rather than a froth of marketing confetti.

I chose to disregard some presentational issues as self-publishers don’t have a team of editors behind them. At the outset, I told the authors I would only review their books if I felt they merited at least three stars (out of five), and I’m happy to say they all did - and some far more! Each had something unique to say. All had plausible plots, sympathetic characterisation, and expressed something fresh and original – even those that were written to conform to genre conventions, such as crime novels.

I may have spent three months in a comfy seat, but each and every one of these books took me travelling. Whether that was to the towns and villages of Ghana or the giddying steel and concrete canyons of New York, whether it was Estonia’s shoreline or the one at Portobello, I enjoyed the journey and the experience. Through these books, I’ve been to New Orleans, the Scottish highlands and islands, the tourist streets of Lisbon, a mysterious English garden, family houses in Cheltenham and California’s movie capital, LA. And I couldn’t forget Glasgow’s very own downtown Saltmarket. 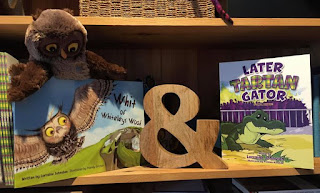 Do scroll through my previous blog posts to read about them. 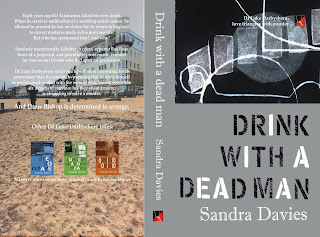